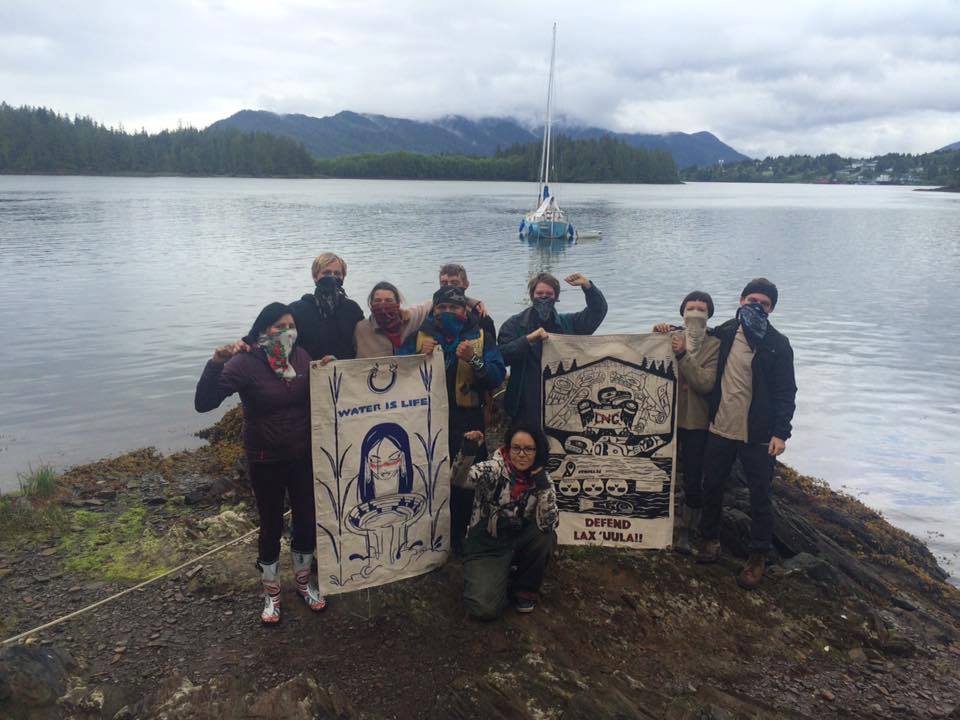 When the Indigenous land defense of Lelu Island began in 2015, Goot Ges was among the first organizers to commit to protecting Lax U’u’la, also known as Lelu Island. On a sunny July afternoon, I met Goot Ges and her three kids at Grandview Park on Commercial Drive to talk about her experiences as a land defender at Lax U’u’la and beyond.

Lax U’u’la is near the mouth of the Skeena River near Prince Rupert in northern British Columbia. The island, and the juvenile salmon that live in eel grass, are under threat from the proposed $11.4 billion liquefied natural gas (LNG) terminal, a project that also includes a $1.2 billion payout to the Lax Kw’alaams community if they allow the development. 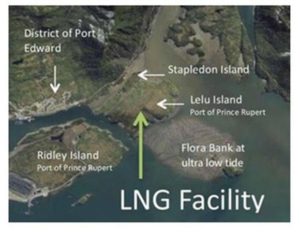 Last year, Goot Ges spent two months protecting Lax U’u’la with land defenders from the local community and allied First Nations. This year, Goot Ges lived for another three months on Lax U’u’la. She would wake early to patrol the docks and monitor employees from Petronas, the company proposing the LNG facility, and Stantec, an engineering firm.

“One morning at 4am I went down to the docks with cedar, some of our medicine. I went down with a group of women to hold a prayer ceremony. We laid down cedar in two lifelines across the dock. When the Stantec employees came up I told them they could not cross the lifelines, but they could sit down and pray with us. I invited them to talk with us and explain why they were doing what they were doing, why they believed in it. Eventually they called the RCMP but we still didn’t leave. Women are at the frontlines in land defense, like that day.”

Even before she traveled north to Tsimshian territory, Goot Ges had experience defending the land. Goot Ges is Haida, Nisga’a, and Tsimshian. In 2010, Goot Ges working with Haida community members to oppose a wind farm by the company Naikun on sacred Haida grounds.

“On Haida Gwaii we have a very large carbon footprint for such a small community,” she told me, “because our electricity is generated from diesel. Our nation has wanted to reduce our footprint, so at first Naikun’s windfarm seemed like a good idea.”

But after Goot Ges and others in her community found out where the windfarm would be built, and that it was to instead power WCC LNG, Goot Ges worked to educate her community and band council under direction of her aunties. In 2010, the Haida Nation rejected Naikun’s proposal. This is an outright success for a determined, grassroots leader like Goot Ges.

But, Goot Ges says that “land defenders can be different than tribal people,” and emphasizes the complex politics that characterize Indigenous nations. Often, band councils, tribal members, and land defenders hold very different political positions. Nowhere is this clearer than in the resistance to Petronas at Lax U’u’la.

Earlier this year, news broke of a group of Lax Kw’alaams chiefs who called into question the status of Yahaan (Donald Wesley) as a hereditary chief. Not only are these claims damaging to a longstanding community member like Yahaan, they are also often motivated by behind-the-scenes cooperation with – and even payoffs from – companies like Petronas. A month before the claims against Yahaan, Tsimshian leaders from the Gitwilgyoots Tribe of the Lax Kw’alaams traveled with other Indigenous leaders to Ottawa, to counter Christy Clark’s lie that First Nations in the region supported the LNG facility. In Ottawa, Indigenous leaders asserted that approving the LNG facility would mean “declaring war” on First Nations.

The resistance at Lax U’u’la tests the commitments of land defenders, Gitwilgyoots community members, and the broader Tsimshian nation in the wake of intense political pressure to concede to Petronas’ LNG terminal project. Goot Ges related that some people’s positions have changed since the trip to Ottawa. Some Gitwilgyoots and Lax Kw’alaams members only oppose the LNG facility if it is built on Lelu Island, but support it if it is moved elsewhere.

“To me, that takes the heart out of our resistance. We have to stay strong and remember that it isn’t just about one piece of land, we are protecting all of our lands and our Indigenous ways of life. For all future generations we should be looking to keep all fossil fuels in the ground,” Goot Ges told me.

She sees that destruction of places like Lelu Island is related to violence in Indigenous communities. “The biggest thing the women have been pushing for is social justice, the other women who helped start the reoccupation, like Leona Peterson and Mary Danes. We are all single moms. We don’t want to live in a community struggling more than we are. We are faced with homelessness, extreme poverty, women nearly getting killed by their partners, suicides, more kids in care. These are the violences that come with projects like the LNG facility.” 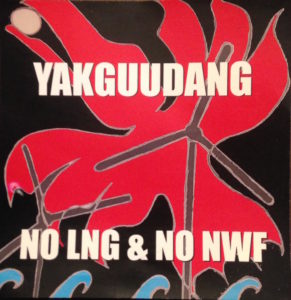 Goot Ges plans to deepen her commitments to her community, and to all Indigenous peoples, through her project Yakguudang. She hopes to build a longhouse in her Haida community to be a place for cultural revitalization and healing. “And it will build capacity for our next generation of land defenders,” she says. “We need strong youth and adults who won’t be swayed by colonial politics or band councils. I hope I can help contribute to our future generations of warriors.”

“There have been many West Coast Warriors who have contributed to the defense of Flora Banks, people who will never be named. We get groomed for these things by our elders, and the obligation never ends. Our commitment is in our blood, and it connects us to our lands, waters, and all the life within. That is the idea of Yakguudang, to respect all life, to bring back the sacred.”