I just attended the Assembly of First Nation’s 37th Annual General Assembly in Niagara Falls, an Indigenous sacred area that is now covered with urban development consisting of a casino, hotels and restaurants, but was the site of one of the most important foundational treaties in Canada—the 1764 Treaty of Niagara between the British, the Haudenosaunee Confederacy and the Anishinabe Nations.

At the AFN assembly I observed how the Trudeau government is rolling out its interpretation of the Nation-to-Nation and Reconciliation promises with Indigenous Peoples by using AFN as a partner to help the federal government control and mange the messaging and Federal-First Nation “co-development” policy processes, as INAC Minister Carolyn Bennett described it during her speech to the AFN Assembly.

In the morning of the first day of the AFN Assembly there was a media event where National Chief Bellegarde and INAC Minister Carolyn Bennett signed a Memorandum of Understanding on Federal-First Nations Fiscal Relations, which the APTN news organization reported, the AFN Executive Committee and community Chiefs had not seen the text of prior to the signing ceremony.

The AFN-Canada MOU on Fiscal Relations states, in part, that:

“Canada is now engaging in parallel collaborative policy development processes with First Nations across Canada, including on reform of education and child and family services, on the renewal of the self-government fiscal approach, as well as other discussions, that will contribute to joint work on a new fiscal relationship.”

So like the Harper government before it the Trudeau government is not being transparent about these “collaborative policy development processes,” which are probably with First Nation Chiefs and organizations like AFN that are compromised and coopted by the one sided terms and conditions of federal funding agreements.

So on the first day of the AFN Assembly, prior to the MOU signing,  it was the Justice Minister Jody Wilson-Raybould who during her address to the Chiefs told them that she is a “proud Indigenous person as well as a proud Canadian” as she also informed the Chiefs-in-Assembly that “adopting the UNDRIP as being Canadian law are unworkable and, respectfully, a political distraction to undertaking the hard work required to actually implement it.”

Minister Wilson-Raybould went on to say:

“the way the UNDRIP will get implemented in Canada will be through a mixture of legislation, policy and action initiated and taken by Indigenous Nations themselves. Ultimately, the UNDRIP will be articulated through the constitutional framework of section 35.”

“This includes mechanisms to negotiate modern treaties under new mandates as well as other constructive arrangements that will provide a clear and predictable path for Indigenous peoples and governments for the exercise of decision-making and governance. It means supporting Nation building in the context of historic treaties and, where there are no treaties, respecting the proper title-holders. It means creating new mechanisms to facilitate self-government beyond the Indian Act band.”

Allow me to decode what the Minister is saying, which is, the Trudeau government will continue to seek final agreements limiting and restricting section 35 constitutional rights with First Nations under the federal policy negotiation framework of land claims (comprehensive & specific) and Jean Chretien’s 1995 municipal self-government policy.

These federal termination policies have their genesis in the 1969 White Paper on Indian Policy issued under the Liberal government of Pierre Elliot Trudeau with Jean Chretien as the then Minister of Indian Affairs, who later became Prime Minister from 1993 until 2003, where he was able to advance the 1969 White Paper assimilationist/termination tenets through legislation and policy.

Jean Chretien’s termination efforts were followed by Paul Martin’s brief tenure as Liberal Prime Minister from 2003-2006, who was long on process but short on results when it came to Federal-First Nation policy. The ill fated Kelowna Accord being a prime example.

In preparation for the 2015 federal election, Justin Trudeau with the help of strategists—likely including Indigenous Liberal Candidates, the Liberal Aboriginal Commission and communication specialists—issued a progressive sounding Indigenous Policy Platform to counter the NDP’s electoral platform in wooing Indigenous voters and public support from progressive Canadians.

Now, with the results of the federal election giving the Liberal’s a majority government facing a significant Conservative opposition, the Trudeau government—with the help of federal bureaucrats like the Clerk of the Privy Council, Michael Wernick—has apparently decided to interpret their Indigenous platform promises narrowly by trying to tinker with the long-standing federal termination based land claims and self-government policies while focusing on First Nations’ social and economic conditions through federal programs and services. Albeit by back ending most of the federal spending until after the next federal election as evidenced by Budget 2016 and publicly pointed out by Cindy Blackstock.

During the AFN Assembly, federal Ministers’ were handled by AFN National and Executive Committee members to avoid having to be accountable for their remarks to First Nation Community Chiefs and members at the AFN Assembly.

No questions from Chiefs were provided for in the AFN plenary session after both Minister Bennett and Wilson-Raybould spoke on the first day even after Wilson-Raybould told the Chiefs UNDRIP was “unworkable” as federal legislation, a position NDP M.P. Romeo Saganash strongly disagrees with.

As the recent debate on the new assisted dying law shows the Trudeau government will also be relying on the Liberal “Indigenous Caucus” to help implement the Liberal’s Termination aka “Reconciliation” Plan, several of them have very tenuous—even questionable—ties to being “Indigenous” persons. It seems the Liberal definition of an “Indigenous” person is self-identification, which is problematic for many reasons.

In any case, watch as Prime Minister Trudeau, Minister Wilson-Raybould, federal Ministers and the Liberal “Indigenous” Caucus make public pronouncements on Indigenous policy. You will need to drill down to see what is really going on in terms of policy and law, including international law. 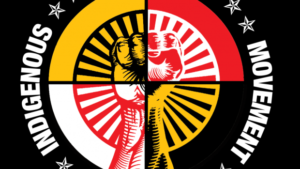 The Indigenous right of self-determination, the right to land and treaty rights, are all matters of international law and cannot be contained within Canada as “existing aboriginal and treaty rights” within section 35 of Canada’s constitution, but this is exactly what the Trudeau government is attempting to do as Justice Minister Wilson-Raybould said in her speech to the Chiefs.

Indigenous Peoples’ need to counter the Trudeau government’s attempts to keep Indigenous People’s as a domestic policy issue by taking their matters outside of Canada to the international level, meaning the United Nations and beyond!

“I slept in on purpose this morning!” By Marvin, temporary resident of suite 106 5025 Imperial Street Burnaby BC