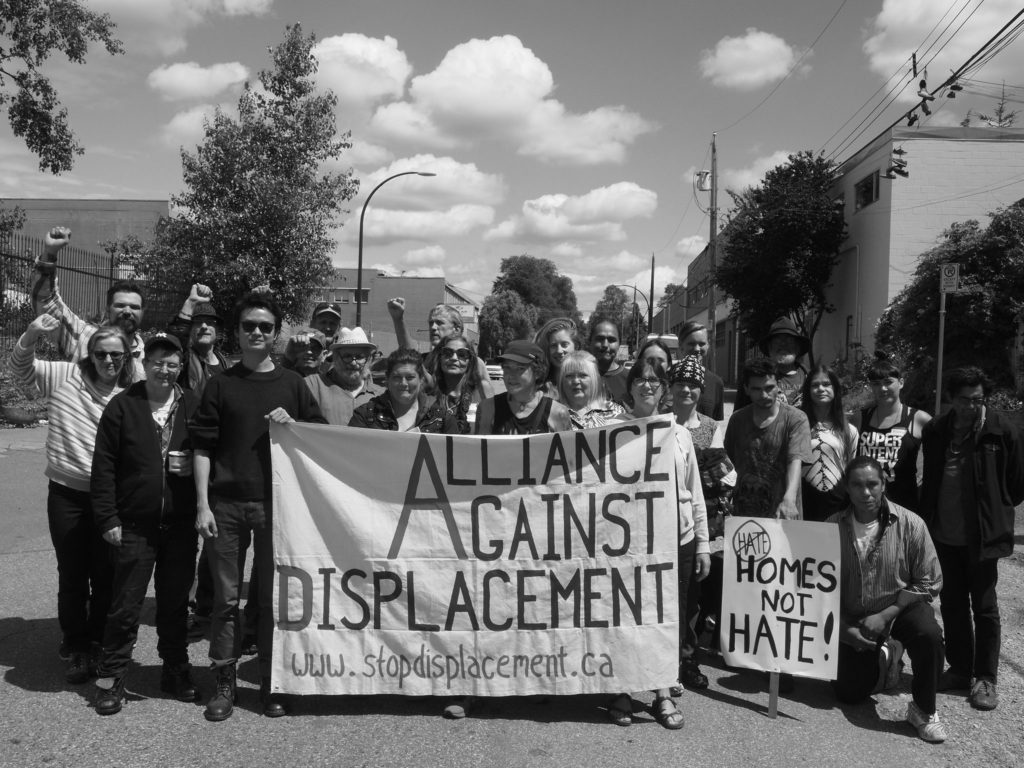 At a Downtown Eastside community meeting a few years ago, a woman stood up in the crowd assembled in the Carnegie Theatre and demanded that we stop using language she didn’t understand. “Why say gentrification? These fancy $10 words just make it harder for the people to understand what you’re talking about,” she said. Jean Swanson, Carnegie Community Action Project coordinator and a staunch advocate for “plain language” writing, stood up and moved to the mic. “I remember the first time I heard a feminist explain patriarchy,” she said. “It instantly changed how I understood the ways men talked down to me, and the oppressions I experienced. I suddenly saw that I had these experiences because I’m a woman, like other women.” Without finding words to name our oppressions, they’re harder to talk about. Even though new words can be intimidating, we need a common language if we’re going to identify ourselves and our enemies in our common struggle.

The three words we worked on defining at the summit were austerity, gentrification, and revanchism.

In the 1970s, the DTES Residents Association had a lot of campaigns, but homelessness was not one of them because homelessness was not a significant issue. It was about one-tenth of what it is now. Homelessness became an issue after right-wing think tanks started pushing “blame the poor” ideas and poor bashing policies. Austerity policies are based in the idea that low-income people are individually responsible for their poverty. Austerity is a government policy that means tax cuts for the rich and social program cuts for the poor.

Gentrification is a war on the neighbourhood. On one side is City Hall: the generals who use zoning to map out battle plans and tax incentives to push the their platoons into action. The condo developer corporations are the air force who drop bombs on old buildings. And the foot soldiers are the yuppies and hipsters who change working class community spaces into expensive niche restaurants. On the other side are the people, who get displaced, and who fight back.

Revanchism was a new term to a lot of people at the summit, but the word’s meaning was not a new concept. Revanchism is when society seeks revenge against the poor for the visibility of poverty. Revanchism also explains why low-income and Indigenous women are more in danger of violence, Mama Bear told us. She explained that women on the street in Maple Ridge, particularly sex workers, are always in danger of violence. “The police can’t protect us, the City can’t protect us, but at the camp we protected each other,” she said.

Together, austerity, gentrification, and revanchism are ideological and policy parts of the displacement of low-income, working-class, and Indigenous people out of our communities. By learning the words to name and understand why and how we are displaced and dispossessed, we can be more clear about who we are, who our enemies are, and how to defend our communities.