Articles by Canadian Association of People Who Use Drugs (CAPUD) 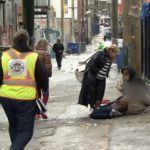 The most damaging term applied to people who use drugs isn’t junkie, fiend, or pillhead. The most damaging term would never be applied to someone in public. Some of us may have never even heard it ourselves. This term appears only in government policy papers, research, and grey literature. This term is “negative externality.” It’s borrowed from economics and is used to describe a “cost suffered by a third party as a result of an economic transaction.” In policy, it can refer to negative impacts to either the producer or consumer of an economic good. In the case of heightened restrictions on prescription opioids, it refers to the consequences of a policy on the consumer of said drugs. (…)