Articles and poetry by Mercedes Eng 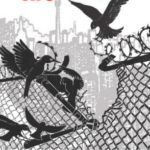 Carole is a ghost mama / whispering into the ears / of the fertile red nation // plant seeds in the ground / and in the womb / ground zero for the revolution // while Jessi is in belly, before Jessi’s bug eyes can open / Carole shows her the world

The forces that drive people out of their homes and communities and off their land have a long history in the Downtown Eastside. (…)

In 1942 my mother with six children, along with about a 1000 other Japanese Canadians, were interned to Greenwood, BC, a small mining ghost-town. My father was sent to a labour camp in the neighbouring town of Grand Forks. (…)

A poem by Mercedes Eng featured as the inside spread of the Downtown East June 2013 issue.

A Chinese elder’s commitment to the DTES community