Kwantlen Nation leads the fight against Kinder Morgan pipeline transgression of territorial and political sovereignty: By the Editors 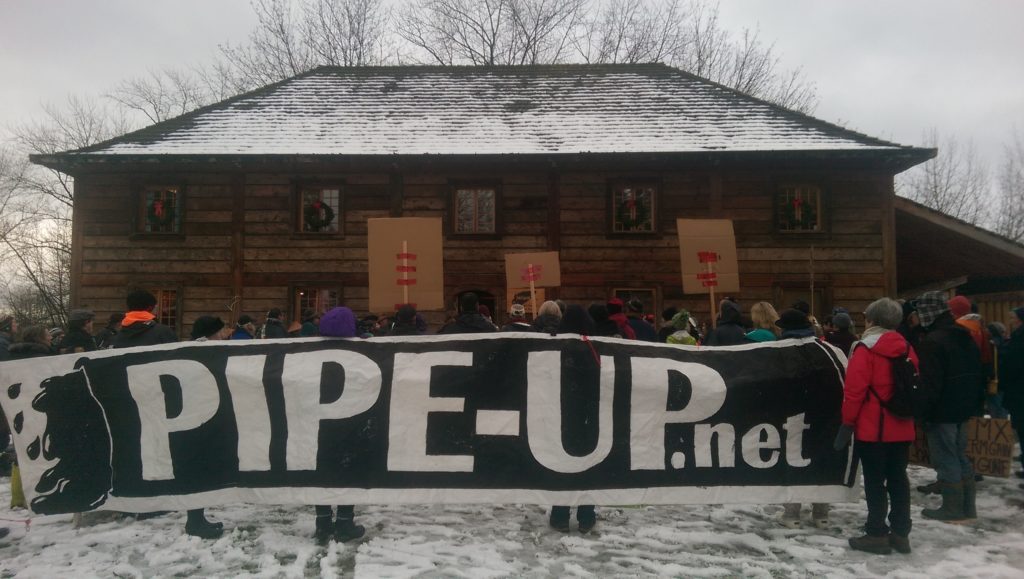 On Sunday December 11, 2016, Kwantlen Nation led an anti-Kinder Morgan pipeline rally in Fort Langley, partnering with the PIPE UP Network. Kwantlen leaders and community members marched and spoke out against the intrusion of the recently approved pipeline into their unceded territories.

Nearly 200 people took to the streets of Kwantlen territory on Sunday. We met at the Community Hall in Fort Langley, where Kwantlen community members gathered us together with songs. We marched to the old colonial Hudson’s Bay Company fort a few blocks away, an appropriate destination that illustrated ongoing links between colonial corporations from the founding days of Canada to the present. 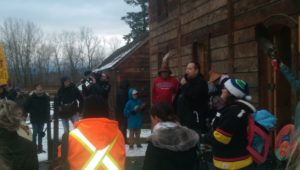 Brandon Gabriel, Kwantlen community member, spoke to the colonial foundations of the current relationship between the federal and provincial governments and the Kwantlen Nation. He spoke on behalf of his community, expressing their will and resolution to continue to oppose the recently-approved Kinder Morgan pipeline by any means necessary. The TransMountain pipeline is planned to double the amount of bitumen currently being transported from the Tar Sands in Alberta to Burnaby, BC, passing through unceded Kwantlen territory without their free and prior informed consent.

As numerous recent actions in response to the news of Trudeau’s green-lighting of the pipeline have shown, Indigenous leaders and communities alongside allied groups are refusing to back down from the fight against the TransMountain pipeline. The message sent to Trudeau and his corporate cronies should be clear: No Pipelines on Indigenous Lands. And the message that the Kwantlen leadership on Sunday is sending to us in our various communities is also clear: Join us in our resistance – it is just beginning.