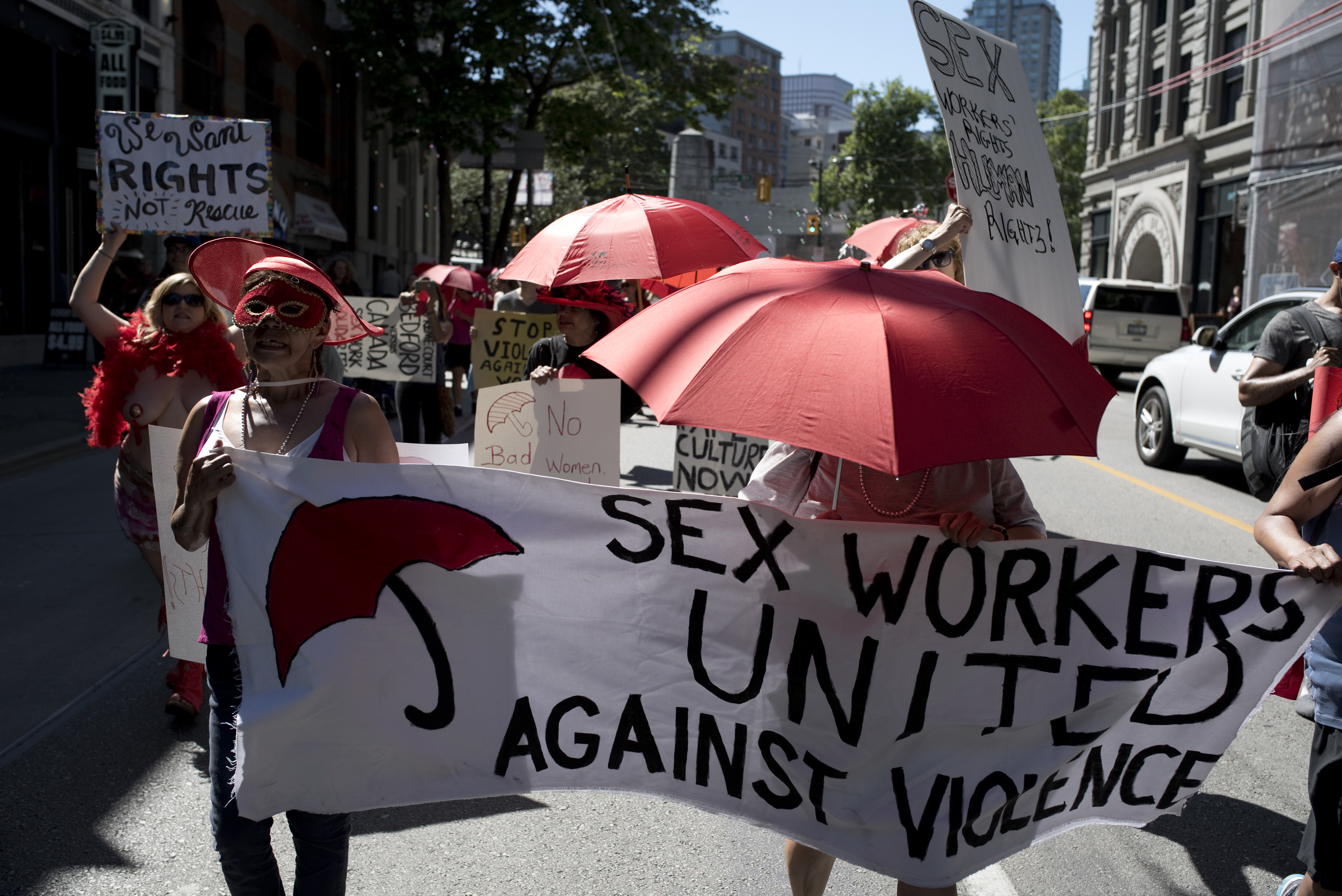 Criminal codes around the world have long been useful tools for oppressors. There are many ways in which laws have been written and applied that have resulted in certain groups of people in our society being disproportionately represented among those charged and convicted. Laws have also long reflected the so-called moral code of those who hold the reins of power – typically wealthy and overwhelmingly white men. Prohibition of the purchase or sale of sexual services is a perfect example of this moralistic policy-setting. These laws have historically been written based on religious ideas of ‘right’ and ‘wrong’ about sex, in particular the idea that sex outside of marriage is shameful or harmful to society.

More recently, a narrative steeped in rescue fantasy has emerged with politicians and law-makers casting themselves in the role of benevolent saviour – basically convincing themselves that by arresting sex workers and their clients that they are saving them (especially the young women) from exploitation. The PCEPA (the new sex work-related law passed by the Harper government in 2014) is an example of this new approach to criminalizing sex work. The fact is, there’s no group who would like to eliminate violence and exploitation from the sex industry more than sex workers. Unfortunately, governments have failed to consult with sex workers meaningfully about the best ways to approach laws and regulations.

Time after time we have seen firsthand that laws prohibiting the purchase or sale of sexual services are ultimately harmful to sex workers, pushing many to work in more dangerous settings in order to avoid police harassment. Further, as politicians pat themselves on the back for all the sex workers they’ve “rescued” through these laws, there is little to no follow-through on the part of the government for those individuals who do want to exit the sex industry. In terms of long-term financial stability or income replacement, we are on our own.

Everyone has their own reasons, their own path into, through and eventually maybe out of sex work. Whatever the reasons, whatever the path – as sex workers we are all doing what we need to do to get by, and that involves breaking the law. We break the law to buy food and pay the rent. To buy drugs, whether it’s to get well or go party. To supplement the laughable welfare cheques and keep enough food in the house for our families. To make sure our children are well taken care of. To be financially independent enough to not rely on abusive partners for support. In breaking these laws, sex workers take control over our own lives, we take control over our own survival.

As part of SWUAV’s mission, we are committed to working to improve health and safety conditions for sex workers. For our organization, this absolutely includes decriminalization. We break these unjust laws now because we have to, but continued criminalization means our work is still not recognized as real work, and we are not afforded any of the workplace protections that other workers are entitled to. We want safe workplaces, health benefits, sick days, vacation time and pensions. We want to be able to work together openly, and to call for help when we need it without worrying that we might just end up in jail ourselves.

Laws prohibiting sex work deny us these protections and benefits as workers. They also deepen the stigma and discrimination directed at sex workers by criminalizing our work. These laws do not rescue, they do harm and put sex workers’ lives at risk. We will continue to fight these laws any way we can – lobbying politicians, challenging them in court and by protesting in the streets with our allies. We break these laws to survive, and we refuse to be broken by them!