In 1971, Eduardo Galeano published The Open Veins of Latin America. His iconic title refers to the colonial extraction of resources from Pachamama. And the book’s subtitle, ‘Five Centuries of the Pillage of a Continent’, pointed to their transport to another continent, Europe, where gold, tin, rubber, coffee and so many more of Pachamama’s gifts were transformed into commodities that interlocked colonialism and capitalism into a unified system of pillage and profit.

Today, Galeano’s metaphor of ‘open veins’ could equally apply to the enormous and growing network of pipelines across Turtle Island. Besides being visually apt, pipelines seem to be symbols of industrialization and  all its devastation. The colonial and capitalist machine fed by pipelines is profoundly suicidal. It seems no matter how capitalists organize production, it pollutes air, land and water, sends climate into chaos, and displaces and kills countless beings. The government and media justify this destruction through racial and species hierarchies that are ultimately enforced by policy and military and police forces.

Galeano intended his book as an intervention to a profoundly political moment. Right-wing counter-revolution was taking shape on his beloved continent, much like ours. At stake for Galeano was the scope of  struggle in Latin America. He wanted to connect on-the-ground resistance against elites to the more remote imperialist powers that had impelled the continued exploitation of resources. In the few years after the book was published, Western-backed military coups took place in Uruguay, Chile, Brazil and Argentina.

Galeano related colonial pillage and capitalist profit to argue that political movements to work together. The key that unlocked the relationship for Galeano was the material movement of resources. And so, as Galeano asked about gold and rubber, we  might ask where fracked gas and diluted bitumen is ending up? At least one kind of place is in cities like Vancouver and Victoria. The solids, fluids and gases being sucked, fracked and mined from the earth are being converted by the machines of today’s urban capitalist labour processes – building cranes, wrecking balls and steamrollers – into a condominium skyline that secures comfort, leisure and a ‘vibrant’, ‘world-class’ lifestyle for elites.

In Victoria, this can look like a new four-storey building on North Park renting 800 square foot townhouses for $2100, or 350 square foot apartments for $1100, just a few doors down from a house recently put on the market that will displace its poor, queer, activist tenants. Or a block over, on Mason Street, Victoria’s last urban farm will be shaded out in winter by Bosa’s six-storey development, and almost certainly be permanently shaded out when it has to renegotiate a lease, given the rents its owners could now extract when they pitch ‘density’ to city planners. Organizations like Alliance Against Displacement have done heroic work, intellectually and in practice, to politicize this circuit of pillage to profit.

Oil and gas also go on a longer journey before arriving in the city. As the Petronas LNG and Kinder Morgan tar sands projects remind us, pipelines meet tankers that cross the ocean. Their  cargo is used to fuel the hyper-exploitation of workers to return converted into all manner of commodities sold by companies  like Apple, Wal-Mart and others. And while Apple’s 30% profit margins won’t trickle down to Chinese working people , the high-technology sector does create and keep a professional and managerial class content, renting microlofts for $2100, enjoying the leisure  lifestyle provided by labourers  commuting from the suburbs and holidaying in the global archipelago of places kept tidy and well-serviced for them.

In Victoria, the developer of the building on North Park confided to me: “people [with money] want new – new apartments, new screens, and new restaurants”. In other words, they are happy to define themselves by playing their part in welcoming the containers of commodities capital produces today. Ironically,  what gets presented by councillors and developers as sustainable  and green lifestyles, where young managers and professionals walk from coffee shop to yoga studio and home to open their packages from Amazon, is actually  a moment in the circuit of pillage to profit. Organizations like Victoria’s Retail Action Network are intervening to politicize the labour that goes into capital’s realization, connecting with workers precariously employed to sell phones or the smiling work of providing services.

Taking Galeano seriously requires that we pay attention to the ways that pillage and profit get disconnected politically. During the 1970s, many people in the Canadian labour movement positioned themselves  both as opponents of local capitalists and  victims of empire. They worried aboutAmerican ownership of the ‘national’ colonial economy even as Canadian-owned resource extraction corporations opened Latin America’s veins, as they continue to do now. Today, urban politicians, like Victoria Mayor Lisa Helps and Vancouver Mayor Gregor Robertson, make a show of posing  as defenders of the  environment against the likes of Kinder Morgan even as they approve the blueprints of urban capital for reproducing pillage, profit and the erasure of local Indigenous authority.

Both the labour movement back then, and our purportedly progressive mayors today, play into the continuation of pillage and profit by opposing the forces  that threatens them and ignoring the ones that shore up their power . Drawing out Galeano’s lesson, we need to widen the scope through which we understand our predicament. And, in the case of settler colonialism, deepen it. Those of us resisting pipelines in cities are not only threatened by Kinder Morgan, Petronas or Enbridge, we might also, to varying degrees, be reproducing divisions and suffering that we must attend to and attempt to undo. 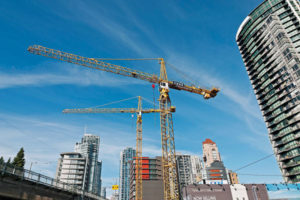 The relationship between pipelines and the land is mirrored in our own communities in distressing ways. Just to get by, we have so much extracted from us by the system, and like the toxic tailing ponds that accompany resource extraction, what remains inside us is a similarly deadening brew of isolation, depression, anxiety, and hopelessness about resisting and creating alternatives. And just as Turtle Island is crisscrossed by pipelines, our communities can also feel divided up, as the values and habits secreted by the system make their way into our organizations, collectives, and most intimate relationships in ways that can feel stubbornly persistent and difficult to uproot.

And yet, Galeano’s metaphor of circulation can be appropriated in more positive ways. As so many indigenous people at Standing Rock have been insisting, water, not pipelines, represents Turtle Island’s real circulatory system; rivers, lakes and aquifers connect all of Turtle Island into a living whole. And unlike the pipelines that cut up and bisect the land, a stream of people from Lelu Island to Unist’ot’en through Alliance Against Displacement, Retail Action Network and on down to Standing Rock, are embodying the lesson that Water is Life, and creating a connected movement alive with resistance and possibility.

Replacing the anatomy of capital and colonialism with arteries of solidarity between poor, migrant, working class and indigenous people retains as much urgency as it did for Galeano almost 50 years ago. I hope we can hold each other up, as we tear this system down.