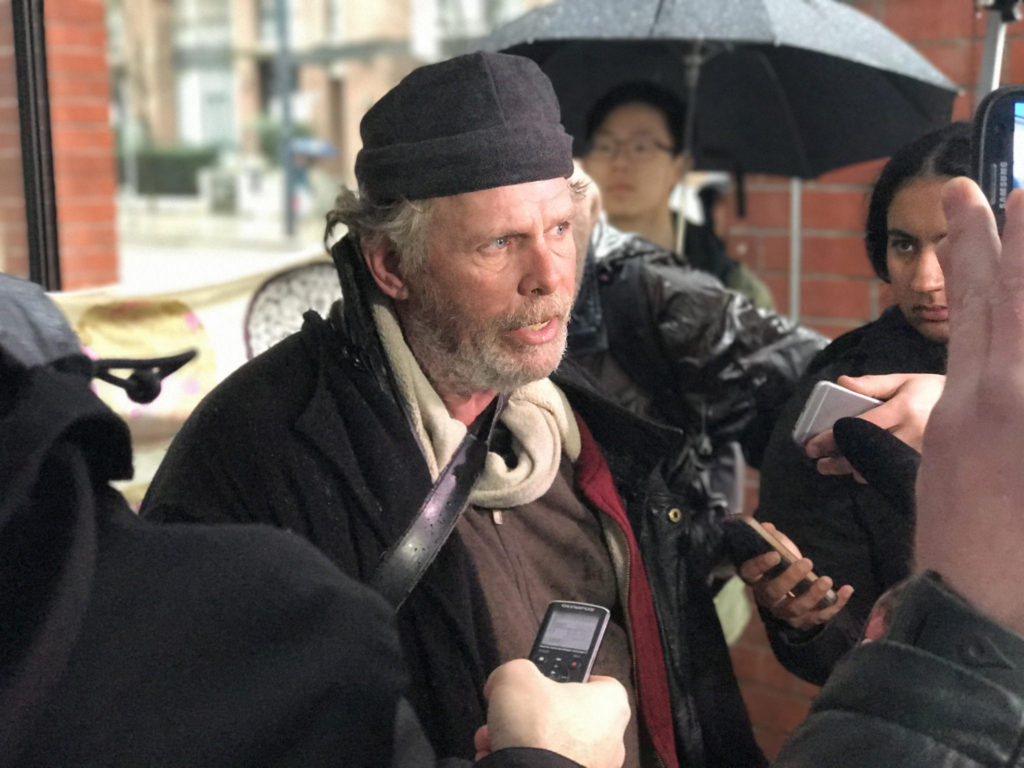 While the City Council is discussing a new housing reset report, aiming to build more housing for the middle class, shelter residents are being sent back to the streets.

“The state of homelessness in Vancouver is a crisis. Homeless people are dying. We need shelter 365 days a year. Closing the shelter is the worst thing they could do,” Shane, a resident at the Gathering Place shelter explained. “Closing down the winter shelters should be considered a human rights violation.”

Each year in Vancouver, the Municipal and Provincial government rush to re-open vacant shelter spaces, often accompanied by a grand announcement about how much they do to support homeless people. And at the beginning of every Spring, they silently orchestrate a mass eviction of homeless people from the same shelters.

The closures usually happen just weeks after the annual homeless count. That count assesses folks as ‘sheltered’ as opposed to ‘unsheltered’ even though they are on the verge of being turned back to the streets. In addition to being inhuman, the timing of the count and the shelter closures masks the magnitude of the homelessness crisis.

“If it wasn’t for the gathering place shelter, I would be in an even worse place. To be honest, I would probably be dead,” added Michael Muir, a 63-year-old shelter resident. “I was a government employee who was injured on the job, and I wasn’t able to qualify for workers compensation. I have nothing now. I lost my house, I lost my car, I lost my job. I have been offered exactly one job in over last 16 years. No one wants me and when the shelter closes I have nowhere to go. To close this place down is inhumane.”

“I worked hard all my life, but now I am disabled and I can’t work,“ said Brad, a senior with disabilities, who has also been staying at the Gathering Place. Brad, like many others, became homeless because he was evicted. “Things aren’t getting any better. Things only seem to get worse. I have had seizures, limited movement throughout my body and I really hope I can get housing soon.” 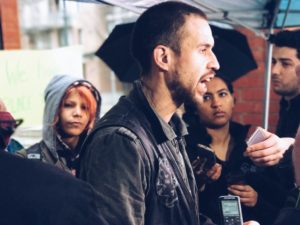 Richard, a young homeless man from Alberta speaks out against closing shelters and lack of housing for low-income people at the press conference.

Richard, a young man who has been staying mostly outside for the winter, described the difficult situation that many homeless people find themselves in. “I can’t get a job because I don’t have a fixed address and I can’t get an apartment because I don’t have a job. We are stuck in a catch 22.” Richard also explained how “not in my backyard” groups make it harder to survive on the streets by fueling anti-homeless hatred and justifying harassment of homeless people.

“The shelters are needed, but we shouldn’t have to rely on shelters. We deserve more. Each one of us deserves a home of our own,” Lori, another resident at the Gathering Place shelter, said.

“There are so many homeless people across Canada. We need to get together and say no more. We had enough of sleeping outside, putting our pack on our backs, sleeping in libraries and getting rousted. A lot of people just see us as homeless but we are voters too, and we have had enough!”

Shane, Michael, Brad, Richard, and Lori will among the 250 people who will have nowhere to go once the Gathering Place winter shelter closes on Friday, March 31st. The Carnegie Community Action Project (CCAP) talked to about 40 residents at the other winter shelters. When asked what they would do on Friday night, most responded with, “I don’t know” or “sleep outside.”

“Keeping the shelters open is the most basic measure that the municipal and provincial governments can take,” Maria Wallstam with CCAP explained. “Homelessness is inhumane 365 days a year, not just between December 1st and March 31st.”