On June 24, the first significant components of Canada’s military mission to Mali in north-central Africa touched down. The presence will eventually count 250 soldiers. Two typically uncritical and uninforming news reports in corporate media appeared on June 24, 2018 reporting on the arrival of the first of the Canadian military mission:

Although operating under the aegis of the United Nations Security Council’s ‘MINUSMA’ mission (The United Nations Multidimensional Integrated Stabilization Mission in Mali), the Canadian intervention is “not necessarily a peacekeeping mission” according to General Jonathan Vance, Canada’s chief of defence staff.

No vote was held in the Canadian Parliament on the intervention into Mali, but a vote would have been moot. The intervention enjoys cross-party support. Indeed, the soft-left New Democratic Party has criticized the government of Prime Minister Justin Trudeau for not acting more decisively to send more Canadian soldiers abroad.

As with the Security Council’s ongoing, 14 year-old military mission in Haiti, the purpose of the Security Council mission in Mali is to ‘stabilize’ the country in favour of imperialist investors and military. Established in 2013, MINUSMA numbers some 11,000 soldiers, most of whom are drawn from African countries. Some 150 MINUSMA soldiers have been killed in action.

France is the largest foreign military presence in Mali as part of its ‘Operation Barkhane’ across northern Africa (Wikipedia). That mission aims to maintain the imperialist stranglehold over the region. But the French army does not operate under the UN ‘peacekeeping’ fig leaf in Mali. Instead, it calls its own shots. It invaded Mali in January 2013, seizing on the chaos created when the Mali military overthrew the country’s elected president in April 2012. The coup aimed to forestall peace talks with the ethnic Saharan minorities that live in the north of the country. They have long sought autonomy amidst Mali’s majority Black population.

The United States is the largest imperialist military presence in Africa. For more on that story, read here:

France’s military adventuring in Africa enjoys broad domestic support, including from the moderate political left in the country. The radical left issues rather tame critiques of the mission, accepting the premise that ‘something’ needs to be done about the problem of ‘jihadism’ in Mali and north Africa. In Canada, the political left across the spectrum is largely silent on Canada’s military adventuring in Mali. Critical journalists merely argue that Mali is too dangerous and too chaotic to be worth the loss of life of any Canadian soldiers. 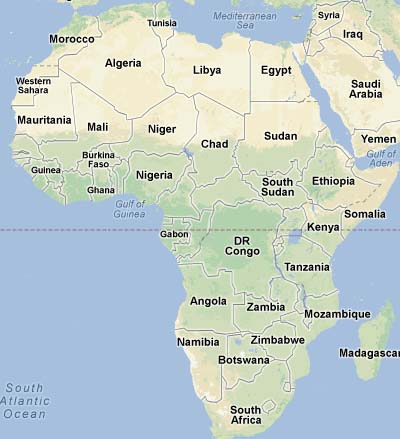 The intervention into Mali follows Canada’s disastrous military intervention into Afghanistan between 2001 and 2014 and its ongoing, military/political intervention into Haiti. The latter mission began in February 2004 when Canada joined in assisting the overthrow of Haiti’s elected president. The Security Council’s ‘MINUSTAH’ mission in Haiti (Wikipedia) began in June 2004 and is ongoing. (The name of the mission was recently changed to ‘United Nations Mission for Justice Support in Haiti’).

In Afghanistan, 158 Canadian soldiers died. The prestige of Canada’s military suffered greatly following revelations of its participation in the routine practices of torture and abuse by its Afghan police and army allies. Growing numbers of Canadians began to see that the U.S.-led Western intervention into Afghanistan, now dating back nearly 20 years, has had nothing to do with human development for the country and everything to do with projecting imperialist power and diktat. The 2013 book Empire’s Ally: Canada and the War In Afghanistan tells this story (reviewed here).

The Liberal Party government elected in Canada in October 2015 cancelled a formal investigation into Canada’s role in detainee torture and abuse in Afghanistan (reports here and here).

This writer published extensive reports on the situation in Mali between 2012 and 2015. They provide valuable background to the present situation. Read them here: Mali war and occupation This is the archive of articles by Roger Annis and other writers on the April 2012 military coup d’etat in Mali and its aftermath. One of the feature articles in that archive is here: The political left in France and in Mali assess the French military intervention and its aftermath, by Roger Annis, March 30, 2013.

One of the foremost writers in English on the history of northern Africa is Jeremy Keenan. He is a professor of anthropology at the University of London and author of the 2012 book The Dying Sahara: U.S. Imperialism and Terror In Africa. In 2012, he wrote this article: ‘Algerian state terrorism and atrocities in northern Mali‘.

Mali is one of the poorest countries in Africa. It sits on the periphery of the Sahara Desert, whose boundary is moving steadily south as global warming increases. Mali desperately needs assistance in social and economic development and environmental protection. The last thing it needs is yet more imperialist military intervention, whose purpose is to deepen the foreign exploitation of mineral and other natural resources. The working class movement in Canada should speak out and demand ‘Canada Out of Mali’.

This article was originally published on Roger Annis’ website “A Socialist In Canada,” and is republished here with his permission. Find the original post and a wealth of articles here

The above headline is a change from the original ‘Uncritical corporate news reports accompany arrival of Canadian military mission in Mali’. Roger Annis can be reached at rogerannis@hotmail.com

The Sahel region of Africa is semi-arid, straddling the Sahara Desert to the north and savannah lands to the south

[The UN Security Council has approved an African counterterrorism force in the Sahel region of central Africa. The resolution creating the force was introduced by France. Burkina Faso, Chad, Mali, Mauritania and Niger – known as the G5 – agreed in March to deploy a counterterrorism force in the region alongside the African Union and sought UN backing.

[The force is under a separate command but will complement the UN’s 15,000-strong MINUSMA peacekeeping mission in Mali and the 4,000-strong French troop presence in the region, known as Barkhane. Germany participates in an EU training mission in southern Mali and has a mandate to contribute up to 1,000 troops in support of the UN mission. ]

No Unity with Transmisogynists or Sex Work Prohibitionists