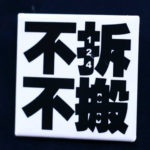 City staff began preparing an update on the Chinatown Economic Revitalization Action Plan (CRAP) in October of last year, which included two open houses for the public to share feedback regarding the proposed changes. As per usual with consultation processes, the City failed to notify residents in many buildings in Chinatown, Strathcona, and the Downtown Eastside. Those who received the small notice cards thought they were spam, or could not understand the Chinese translation. At the two open house dates, the vast majority of the displays only had the titles translated into Chinese, and very inadequate interpretation done by City staff, in addition to the absence of a Mandarin interpreter. (…) 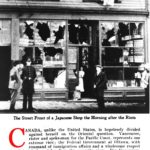 Our talk tonight is focused on anti-Asian racism because it’s very obvious, especially in its recent heightened and overt form that it has taken, and in light of the recent election of Donald Trump as well as in light of how the housing crisis is occurring.To connect it to Chinatown, where I work with Chinese seniors, the foreign investment myth, just like the model minority myth, may seem like they’re not that harmful, but they both profoundly and very negatively affect Chinese residents. (…)