Articles and artwork by Diane Wood 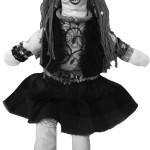 I’m asking why women’s achievements are written out of history by making Feminist Zombie Dolls. I’m researching and creating notorious bad girls and freedom fighters. These strong, independent women swam against the tide of their times, and challenged the public belief: “You can’t do that because you’re a WOMAN!” (…) 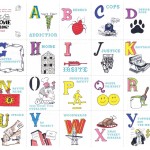 This poster was featured as the inside spread for the Downtown East November 2013 issue. 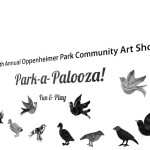 Park-a-palooza and artists at Oppenheimer Park

My first reaction to the theme of this year’s show was a defensive reaction to calling art “fun”. Many local artists have chosen this as our career, and it’s our livelihood. It’s not a “hobby”, we’re not “Sunday painters”, we work on our creations every day. Community activist Karen Ward says, “Art is a way of life.” Yoko Ono (not from the DTES) says, “Art is a means for survival.” (…) 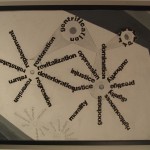 Collective Habitat is an Art show at the Gallery Gachet at 88 E. Cordova. Twenty seven past or present members of the Gachet collective are involved. The curator, Bernadine Fox, asked the artists for work representing their relationship to the Gachet. (…) 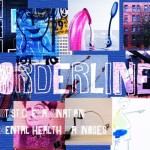 BORDERLINES – An interview with Pierre Leichner

Pierre Leichner curated the BORDERLINES art exhibition at the Gallery Gachet on Cordova St. from June 14 – July 28, 2013. He chose the name to represent lines being drawn, where you’re in or you’re out. It also refers to the diagnoses of Borderline Personality Disorder.People with BPD resist authority and get angry when told what to do. (…)

QUEST – Putting your money where your mouth is

Quest isn’t a food bank; it sells food and household items at reduced prices. It’s specifically for the low-income community. Shoppers must have a referral from a social service organization, so no “walk ins”. What a switch from the way things usually are, where the poor people are usually turned away, not the rich ones! (…) 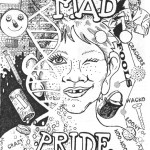 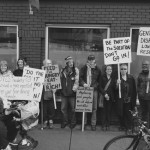