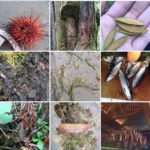 The day after the Federal government approved the Pacific Northwest LNG project on Lelu Island, Chief Yahaan of the Gitwilgyots Tribe from Lax Kwa’laams says that we are in it for the long haul, and we will continue to protect the Skeena River for the future of our children. He says this in gratitude to everyone who has supported the reoccupation of Lax U’u’la. (…) Joey English was full of love, and laughter. Her dreams, her aspirations and her desire to seek treatment for her addictions and mental illness were thrown away, says her cousin Brailon. June 8th 2016, the dismembered remains of Joey were discovered in a park in Calgary. A Blood Tribe woman, whose life came to a horrific end at the age of 25, a mother, a daughter, she lost her sister to suicide. Her mother did a call out for support, so we organized a vigil for the same day and time Stephanie would gather people in Calgary. (…)