Articles by the family of Naverone Woods 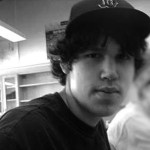 We Demand Answers – Family Statement read at a Public Vigil for Naverone Woods on February 28, 2015

On December 28, 2014, 23-year-old Naverone Christian Woods was shot and killed by a female member of the Greater Vancouver Transit Police at the Safeway at 104 Avenue and King George Highway in Surrey, B.C. Nav was clearly upset and distraught. He was not himself despite what the media says. He was not suffering from a mental illness. The family strongly denies these rumours. On Dec 27, Nav was admitted and discharged not once but twice from Surrey Memorial Hospital. We need to find out why he was admitted and more importantly why was he discharged. There are two possible scenarios that played out in Safeway on Dec 28. (…)