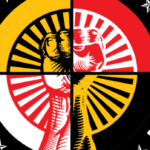 I just attended the Assembly of First Nation’s 37th Annual General Assembly in Niagara Falls, an Indigenous sacred area that is now covered with urban development consisting of a casino, hotels and restaurants, but was the site of one of the most important foundational treaties in Canada—the 1764 Treaty of Niagara between the British, the Haudenosaunee Confederacy and the Anishinabe Nations. (…)