Converge on the Capital to stop displacement & build homes now!

Rally to Stop Displacement & Build Homes Now!
Tuesday June 28th
12noon
Outside the Grand Pacific hotel where the ministers are meeting
(463 Belleville Street, Victoria – across from the BC Legislature)

On Tuesday June 28th, a major gathering of Provincial, Territorial and Federal housing minsters will gather just blocks away from Victoria’s long-standing Super InTent City to discuss government homelessness and housing action. Meanwhile, the BC Liberal government is taking that tent city back to court for a second attempt at an injunction to use police to scatter homeless people out of public view rather than out of homelessness. 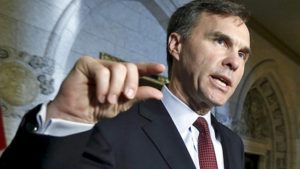 Activists from West to East are converging on BC’s capital to press the Minster’s conference for action to end homelessness, not manage or displace it. Join us to rally behind the two main demands of this demonstration:

1. Stop the displacement of Super InTent City! Tent Cities are places of safety, survival, and resistance against anti-homeless bigotry and police movealongs. They should be ended only by building enough housing and ending anti-poor laws and ideas that make them necessary. We demand that the government stop criminalizing and displacing the homeless, and that the BC Liberals cancel the injunction and displacement threat against Super InTent City in Victoria.

2. End homelessness now! We call on federal and provincial governments to build 78,000 units of social housing at welfare/pension rates every year in Canada until homelessness is ended. We calculate that we need 10,000 units of social housing every year in British Columbia to end homelessness, and BC has 13% of the population of Canada. Despite claims to the contrary, the Federal budget for housing is primarily directed towards shelters, support staff, renovation and maintenance of existing housing, and market subsidies. It will not end the housing crisis on Indigenous reserves or the homelessness crisis in cities and town across Canada. Super InTent City residents and other homeless communities in British Columbia have rejected shelters and institutionalizing “supportive” housing project and we join them in demanding that governments build the homes we need now!

Getting there from the Mainland

For those of us not on Vancouver Island, getting to the convergence is a bit difficult. Organizers have raised some travel money including ferry costs and will be supporting communities to travel to and from the ferry. Contact Alliance Against Displacement to hop in a car leaving Vancouver for an early Tuesday morning ferry: organize@stopdisplacement.ca / (778) 899-3210

This action is supported by an ad hoc coalition of a half-dozen groups (TBA) who we will meet up with at the demonstration in Victoria!