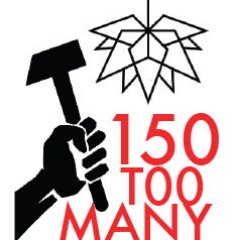 As what is now known as Canada gets ready to celebrate 150 years of Confederation, there has been renewed talk about reconciliation between the First Nations Peoples of this land and the Canadian government. The way the issue is being talked about is problematic at best, and at worst, it is yet another wave of colonization, a continued erasure of Indigenous history.

The talk about reconciliation really started around the time the Indian Residential School Settlement (IRSS) agreement was completed.  In fact, it is an outcome of that process. The IRSS was highly problematic (notice a pattern yet?), so it’s not surprising that many of its outcomes have had issues too.

One of the main reasons that the idea of reconciliation is such a nebulous issue is that many people from all nations now on Turtle Island have spoken about what reconciliation means to them. This makes it really hard to nail it down as a concept, and at the same time makes it easier to seem as if there is real and meaningful work being done towards reconciliation. This is essentially an application of the Tao of deception in Sun Tzu’s art of war which I have written about. (If you haven’t read some of my previous work on Sun Tzu and the Tao of deception you can find it on The Volcano web site.)

150 years is a long time, but it pales in comparison to the 10,000 years of history the First Nations people have in their territories. These histories have been continuously erased or suppressed by all levels of government at different periods of time. Drawing a map and naming places may seem like a fairly innocent activity (who wants to get lost in a strange new land?), but it is absolutely not. When the cartographers came, made their maps, and renamed these mountains, those were the first acts of erasure of Indigenous knowledge.

Erasure of indigeneity while at the same time romanticizing it has served several purposes. Erasing Indigenous concepts of place and geography paves the way for the Canadian state to naturalize or indigenize its own presence. Romanticizing our indigeneity by portraying us as stuck in the past serves to erase us from the future. This means that we are erased from the past and stuck in it, which makes for a considerably complicated political situation. It also means that we are people that are outside of time and unable to affect it.

This is what it means when people say “residential school was a long time ago (it wasn’t); you people need to get over it!’’ When I say that we are locked out of the future, that is not wholly true; what it means is that we are locked out unless a few very specific conditions are met. Those conditions are typically moving into the future by signing treaties and entering the capitalist market, which can serve as an even further erasure of what it means to be Indigenous.

Which brings me to my next problem with the issue of reconciliation: what is not being talked about, which can be just as important as what is being said. What is not being talked about is Indigenous sovereignty, and the issue of wealth redistribution is also off the table (unless that wealth goes upwards of course). What this means is there can be no reconciliation unless certain (un)realities are met.

All of this is typical of the Canadian-settler-colonial-state; the state is always telling us what is best for us. Whether we like it or not is secondary. Most of the really damaging policies have been aimed at racialized people but it is slowly being aimed at all of us. Which brings me to my final point: if we the people realize that we don’t have to wait to be told what to do, then maybe we can make a form of reconciliation a reality.

Homelessness is not a crime – Resistance to the criminalization of homeless survival in the everyday Downtown Eastside: By Maria Wallstam