Homelessness, poverty, and the police state: Anti-election week of action exposes the ugly reality of BC’s future: By the Editors

In the week before the 2017 BC election, Alliance Against Displacement (AAD) staged an “anti-election week of action;” a massive effort to interrupt the bi-partisan attempt to bury homelessness and poverty as election issues. The week of action was made up of mobilizations of the campaigns in the communities where AAD is actively supporting community struggles against displacement, poverty, and dispossession.

The Downtown Eastside 10 Year Tent City started the week of action, by setting up tents on a city-owned lot and demanding homes not shelters. Then a news conference on the Surrey Strip refused the state strategy of policing the poor rather than eliminating poverty. And in Maple Ridge and Victoria, the Anita Place Tent City and Reeson Park campers, along with Super InTent City veterans exposed the need for homes not shelters, and for regular social housing not “supportive” institutional housing projects. Finally, the Stop Demovictions Burnaby campaign raised up a housing platform report card and a call for “the housing we need” with a mass anti-election canvassing drive, a news conference, and a public education townhall.

Rather than try to summarize the arguments and dynamics of each of these campaigns and actions, we are publishing the links to the statements, reports, and calls to action that have come out of each of these local movements. In all, they make up a powerful portrait of the reality of the politics in BC that both the NDP and Liberals want us to ignore. Homelessness, poverty, and the police state are the future awaiting us unless we refuse the pragmatism and uniform free market fundamentalism of electoral politics. The radical grassroots politics of AAD’s anti-election week of action challenge the logic of capitalism and settler colonialism, and the shallow, false promises of electoral hucksters. We encourage our readers to read these reports and statements and to support the actions that they represent.

“Why put cops on outreach?” Homeless Strip residents pull back the veil on an open air prison operating in the heart of Surrey 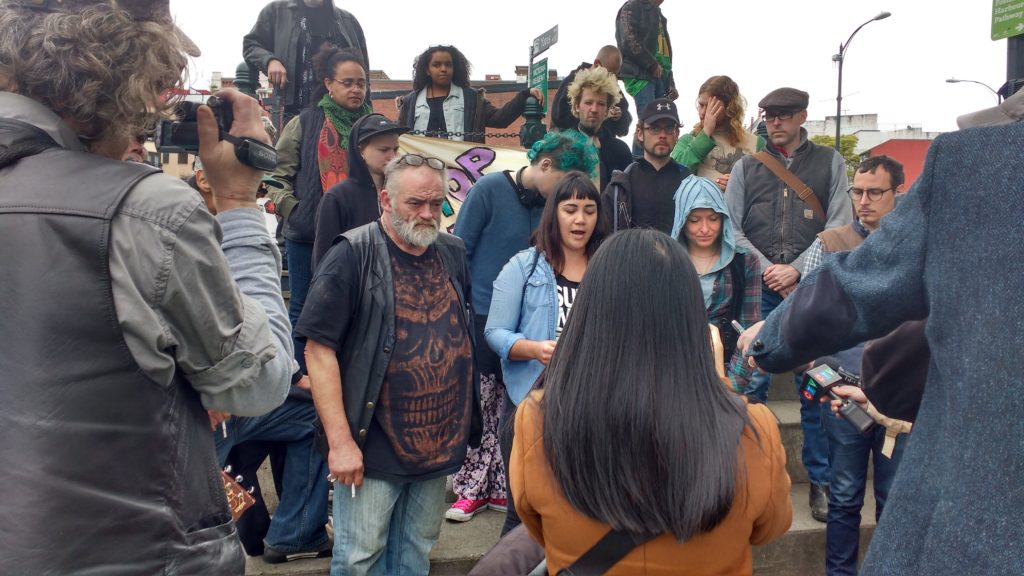 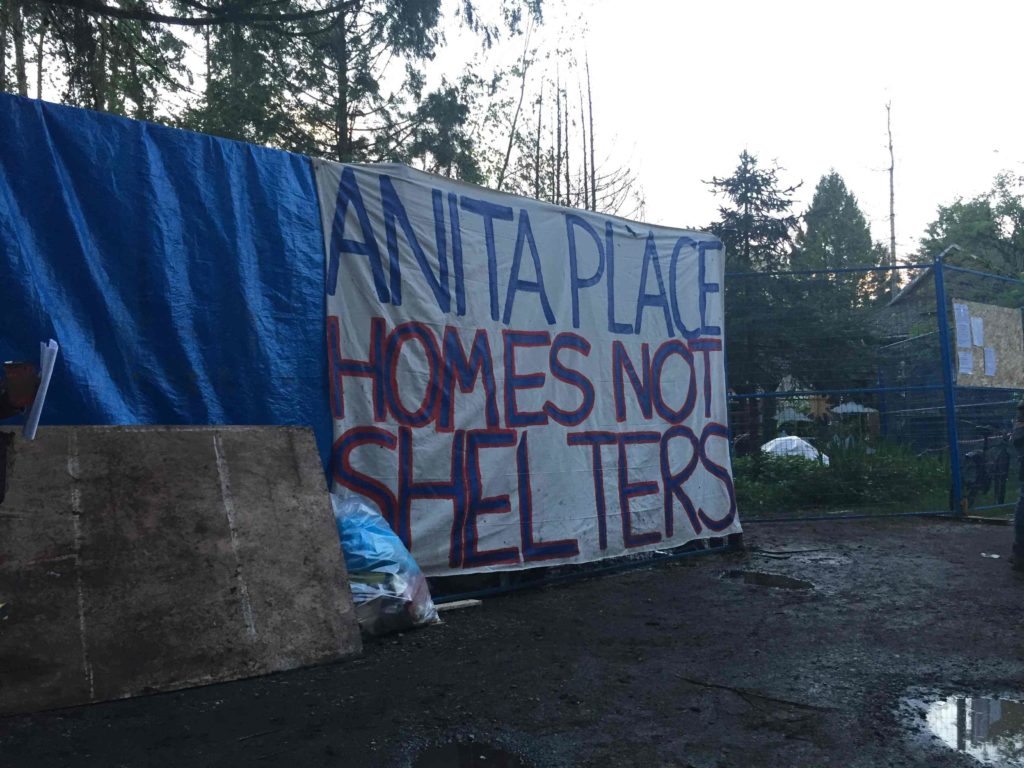 “A lot of F’s:” Stop Demovictions Burnaby releases Housing Report Card for the BC election