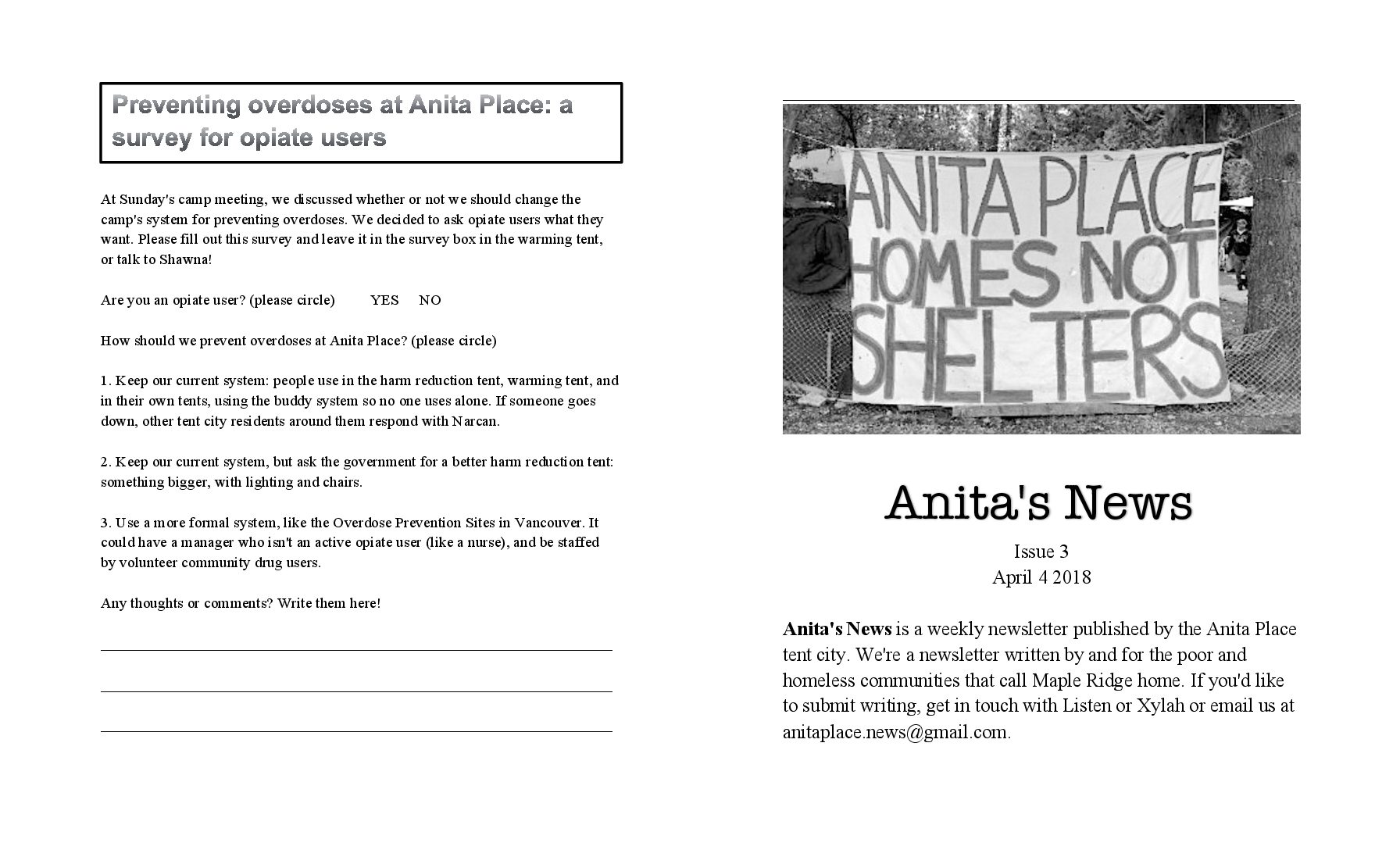 We have a right to survive!

Residents had been accessing electricity against the fire department’s rules as a justified act of resistance. Homeless people have the right to do what they need to do to survive. How many of Anita Place residents are over the age of 60? What makes us less worthy of the basic necessities of life that are awarded to housed residents of Maple Ridge? I’m talking about heat, water, sanitation, and the right to be left alone. These necessities are as basic as food and shelter.

The locking up of sources of electricity is symptomatic of how the municipal, provincial, and federal governments have spent years taking turns pointing fingers at one another rather than putting an end to poverty and homelessness. I’m tired and angry of hearing the same broken record played by the city over and over again – that the city is not responsible to poor and homeless people.

The purpose of taking away electricity is to keep residents in a state of duress. The city’s combative approach to Anita Place and withholding of rights and resources that housed residents get makes people feel like they’re spinning their wheels. We have lost three community members since this tent city started – Ed, Marno, and Adam. They didn’t die of heart attacks. They died of government neglect. It’s time to draw a line in the sand – enough is enough.

I’m disgusted by the government blaming homeless people for their own poverty and punishing them for surviving under inhuman conditions. We have a right to take what we need to survive!