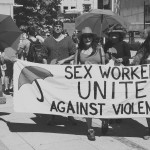 Criminal codes around the world have long been useful tools for oppressors. There are many ways in which laws have been written and applied that have resulted in certain groups of people in our society being disproportionately represented among those charged and convicted. Laws have also long reflected the so-called moral code of those who hold the reins of power – typically wealthy and overwhelmingly white men. Prohibition of the purchase or sale of sexual services is a perfect example of this moralistic policy-setting. These laws have historically been written based on religious ideas of ‘right’ and ‘wrong’ about sex, in particular the idea that sex outside of marriage is shameful or harmful to society. (…) 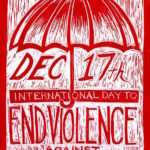 Since the Sex Workers United Against Violence (SWUAV) Society formed, we have been working for better living and working conditions for sex workers, primarily through our participation in the constitutional challenge to the previous Canadian laws criminalizing prostitution. However, what we know and understand too well as current and former sex workers is that fighting against stigma and discrimination is a critical aspect of the larger movement toward equal human rights for sex workers. Stigma and discrimination against sex workers comes up in many different ways – some obvious and some more subtle – and in many different areas of life, including healthcare, access to social services and in our ability to secure and maintain housing. (…)